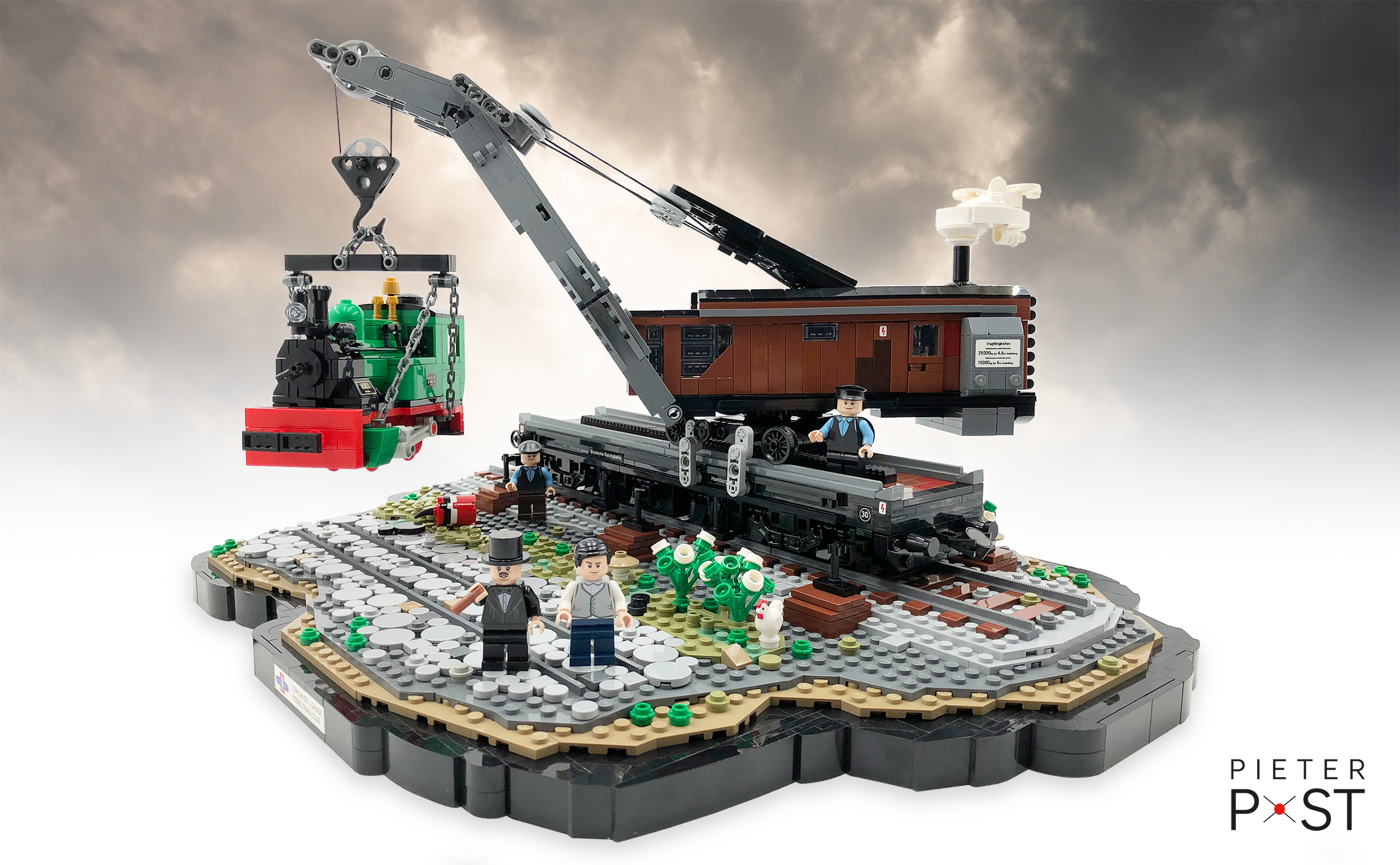 One year after crushing the competition with their 60-tonner crane Ardelt in 1929 again blew everyone away with this 25-ton crane. Its unique feature is the -under full load- sliding superstructure. The crane could move 8.9 meters sliding over it’s under carriage. This meant almost a doubling of the reach of a standard 25-ton crane and saved lots of time moving and supporting the crane. The under carriage has two three axled bogies. The crane has 10 stamps of which 4 were hydraulic and 6 were extendable working with a spindle. The maximum load of 25 tons is possible with a reach between 5 and 6.6 meters. At 9.9 meters, and fully extended a 6,1 tons load was still possible. To achieve this the crane is equipped with sliding counterweights. Two underneath the superstructure and one on each side. Seven of these cranes were built by Ardelt in Eberswalde between 1929 and 1930 and delivered to the Deutsche Reichsbahn. They were often used in tandem to hoist bridge sections in to place. I’ve depicted the ‘700-070 Hamburg’. The crane has a dedicated support car for transport purposes. This car is equipped with a support for the boom and multiple boxes for storage of hoisting equipment and other stuff.

More info about these cranes: https://www.eisenbahndienstfahrzeuge.de/kranwagen/kran_ardelt/ardelt-25t/ardelt-25t.htm

The LEGO model is powered by a Circuit Cubes receiver and three motors. One for turning-, one for raising and lowering of the boom and one for operating the hoist cable winch. Initially I was planning on adding a fourth motor for sliding operations but lack of space (the super structure is only 5 studs wide) meant I had to compromise. Cramping in three engines with winches and the receiver proved difficult enough for me. When thinking of ways to present this model I ran into a pic of the crane hoisting a narrow-gauge locomotive. So, I’ve built a small Henschel ‘Brauns’ steam engine for the diorama. With an empty weight of 14,7 ton the crane should have no problems moving it into place. This little steamer is nonmotorized although I hope to change this someday in the future.