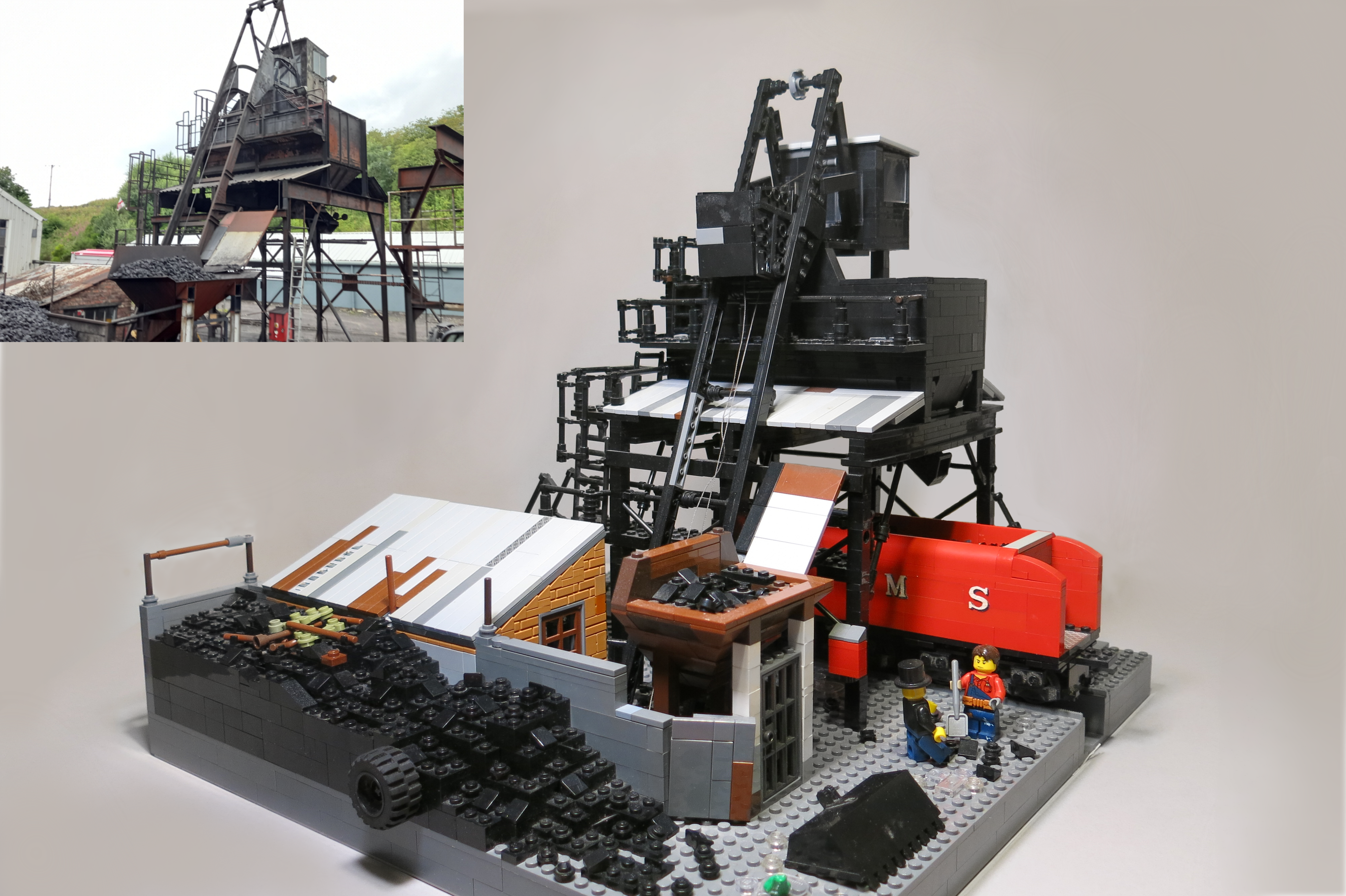 The model is based on the Grosmont coaling tower built in 1989 which was based on the towers built at LMS sheds. It was designed at Grosmont by the then Shed Master Peter Smeaton. I actually went to Grosmont so I could take photos, enabling me to accurately recreate it and its bucket mechanism.
Video about the model (note that the black locomotive in the video is not part of the submission):
https://youtu.be/33f3IqJGq_o