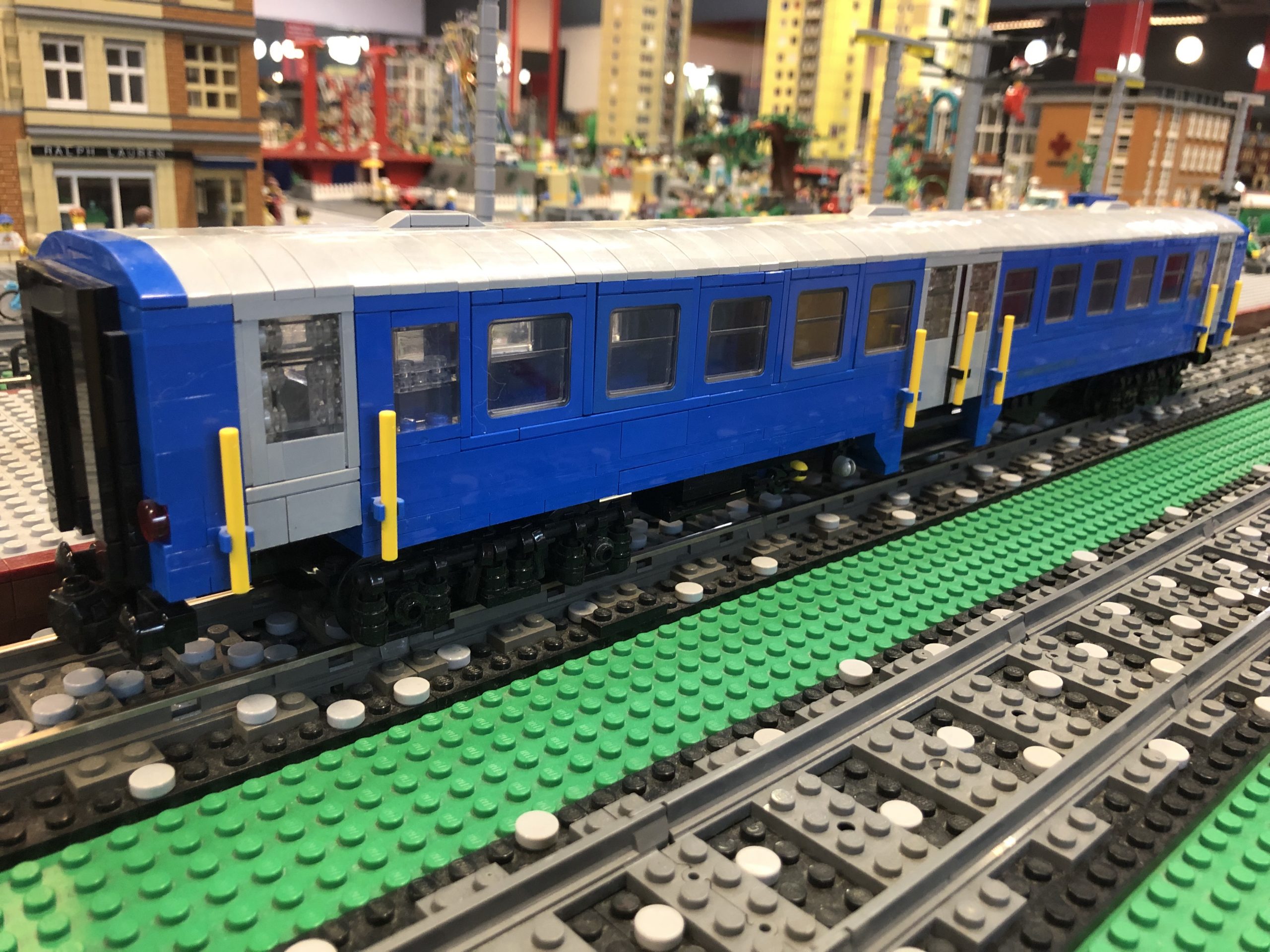 Bhv cars mainly served the Budapest suburban lines in the early 2000s, but nowadays you don't see them very often. I chose this car because the window layout was challenging due to the width of separation between two windows. I put 2×4 SNOT tiles between the train window parts to get the right size.