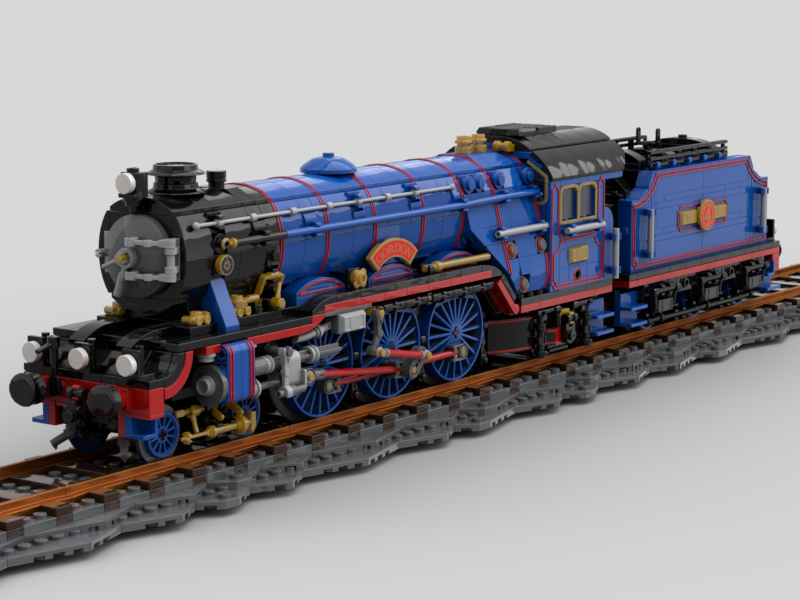 One of Sodor's most famous steam locomotives and the premier express engine of the North Western Railway, #4 Gordon! Gordon here is my best interpretation of a Stock Standard Gresley A1 Pacific, with the exception of the 3500 gallon Fowler tender trailing behind him.

while this may be a digital entry, I want to make it clear that this model as been designed with the intention of being built physically. Everything you see here has been built using legal building techniques (or techniques LEGO themselves have used in the past, such as cutting tube elements) All bricks are also available in the colors that you see. The only exceptions to this are the use of 3rd party wheels, and a custom made substitute for holding on the driving rods, as the official part is both retired and too
expensive.

Gordon is fully motorized with 2 PU M motors hidden in the boiler and a battery box in the tender. The drive rods, despite looking fragile have actually been tested physically at this point and work as you would expect them too!