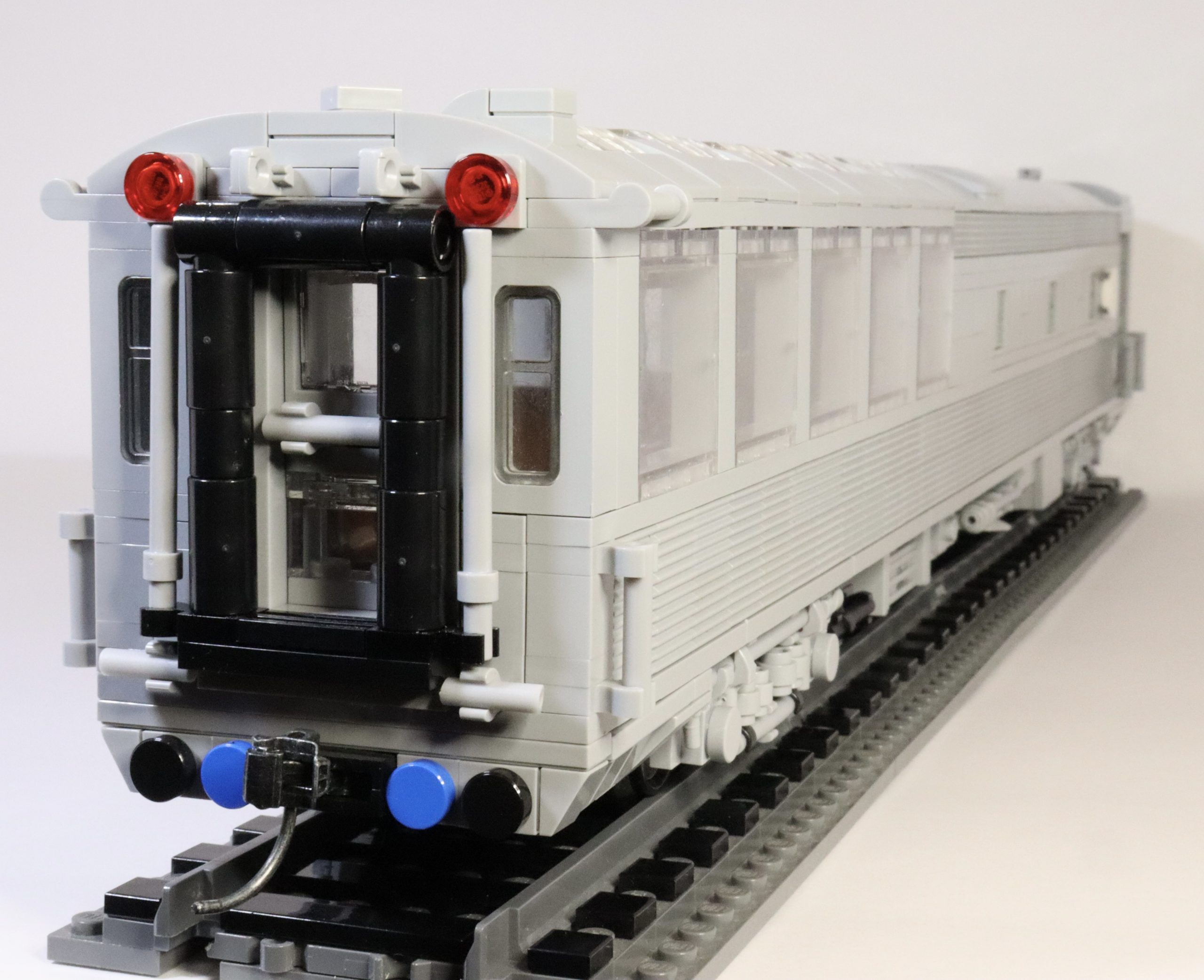 The Hollywood Beach was part of an order of 3 cars from Pullman-Standard delivered in 1956 to the Seaboard Airline railroad. After maintaining a revenue service career all the way up until 1981 when Amtrak retired it, the Hollywood Beach was sold into private ownership and restored to operation. My model stands at 66 studs long, contains 1,324 parts, and includes a full lounge interior faithful to the existing railcar. Each truck contains 156 parts alone and features kadee couplers as well as MU connections and intricate frame detailing. This car was a blast to build and remains the single longest piece in my collection. I hope you will consider it!